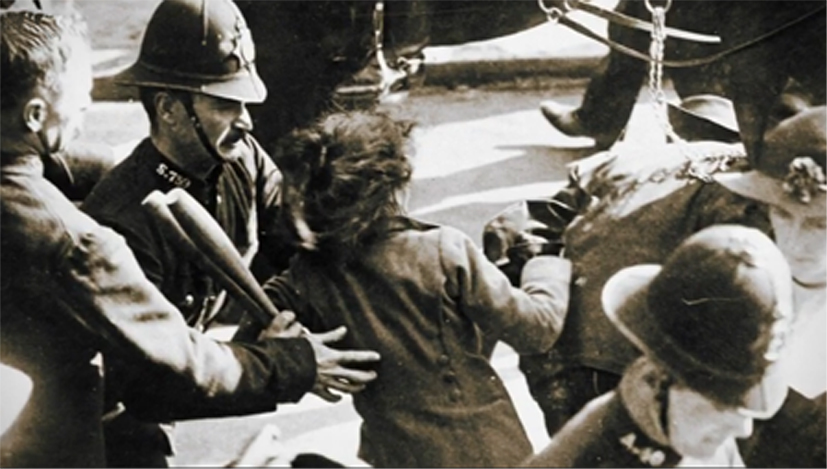 Does this rare photograph taken at a suffragette rally show the arrest of one of Mrs. Pankhurst’s bodyguards?

Indian clubs were designed and sold as exercise tools but they became the signature weapons of the Amazon guards, who sometimes carried them concealed underneath their dresses.  A large number of Indian clubs were confiscated from suffragette bodyguards after the infamous “Battle of Glasgow” brawl in 1914.