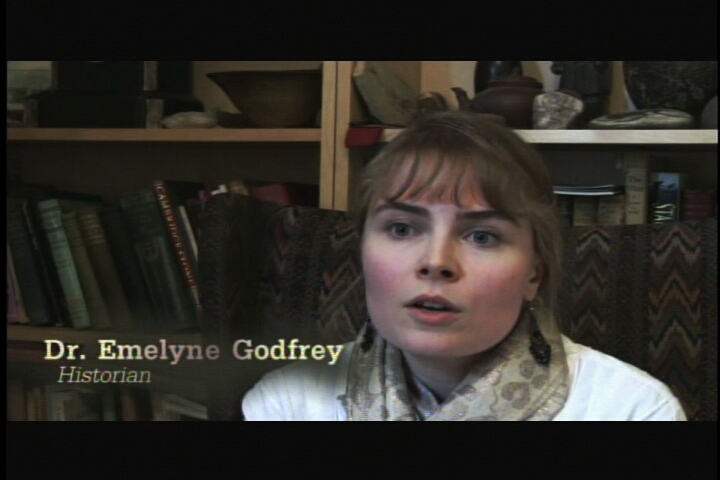 “What shall we do in case we are attacked by some thief or ruffian?” is the question women have asked in every part of the country. The man to whom the question is put will generally answer: “Carry a revolver.” But women dread revolvers. Few women possess the nerve necessary to use a pistol with effect when attacked. Then there is the objection to a revolver in the possession of a woman that she would be averse to suspecting the motive of every man she met and would probably fail to draw the revolver until too late, for fear of making a foolish mistake. What, then, can be provided for her that will be formidable to a foe, yet absolutely safe, so far as she is concerned, and ever ready at hand, whether wanted for use or not?

The answer to the puzzle has been provided by those who make women’s hatpins. A hatpin has been designed that is intended primarily for use as a weapon of defense. It is in reality a stiletto, masquerading as an innocent hatpin. It is made of fine steel, that will bend, but will not break, as sharp as a needle, and hardened at the end so that it can be used with deadly effect as a dagger, and a handle that enables a woman to grasp it for use as a weapon and hold it so that it cannot easily be pulled from her hand.

There are two ways of holding this hatpin. It can be held with the thumb pressed against the top or with the button grasped in the palm of the hand. In either way it is a weapon not to be despised. The method of using it to the best advantage when attacked is to aim at the face of the highwayman. A woman armed with one of these stilettos is able to do more damage in a few seconds than a man unarmed. The wicked little blade is so small that it is impossible to grasp it to wrench it away from her, and yet so keen is it that, thrust home by a woman frenzied by fear, it is likely to pierce through any ordinary clothing into a vital part of a highwayman’s anatomy.

There are times in most women’s lives when a suspicious looking character comes into the offing and prudence whispers: “Beware of him.” While most women would shrink under these circumstances from pulling out a revolver, it is an innocent act to put the hand to the hat and draw out one of her stiletto-like hatpins. With this in her hand the nervous woman is ready for the stranger, whatever his Intentions. If he is an honest man he will probably take no notice of the woman’s action. If he is a thief, it is more than probable that he will mark the act and let the woman pass unmolested.

The mainstay of the Edwardian hat was the artfully concealed hatpin, and as the hats themselves grew ever larger, so too did the pins. Some antique examples are thirteen inches long and resemble nothing so much as unbated, miniature fencing foils.

A wealth of evidence from the period demonstrates that hatpins were popularly regarded as secret weapons, and indeed as “every woman’s weapon” against the depredations of hooligans and ill-mannered brutes. Laws against hatpins of “excessive length”, or the wearing of hatpins without protective stoppers, were proposed in Hamburg, Berlin and New York among other cities. At least ostensibly, these laws were intended not so much to ban the use of hatpins in self-defence as to mitigate the incidence of accidental hatpin related injuries inflicted upon blameless fellow passengers in crowded tram-cars.

Certainly, though, the hatpin was the weapon of choice for Edwardian novelists and playwrights who had to extricate their heroines from tight spots.

Craig stepped in front of them, smiling as he raised his helmet. “This is an unexpected pleasure.”

Elsa, looking coldly beyond him, attempted to pass.

“Surely you remember me?”

“I remember an insolent cad,” replied Elsa, her eyes beginning to burn dangerously. “Will you stand aside?”

He threw a swift glance about. He saw with satisfaction that none but natives was in evidence.

Elsa’s glance roved, too, with a little chill of despair. In stories Warrington would have appeared about this time and soundly trounced this impudent scoundrel. She realized that she must settle this affair alone. She was not a soldier’s daughter for nothing.

“Hoity-toity!” he laughed. He had been drinking liberally and was a shade reckless. “Why not be a good fellow? Over here nobody minds. I know a neat little restaurant. Bring the old lady along,” with a genial nod toward the quaking Martha.

Resolutely Elsa’s hand went up to her helmet, and with a flourish drew out one of the long steel pins.

“Be still! This fellow needs a lesson. Once more, Mr. Craig, will you stand aside? ”

Had he been sober he would have seen the real danger in the young woman’s eyes.

Elsa, merciless in her fury, plunged the pin into his wrist. It stung like a hornet; and with a gasp of pain, Craig leaped back out of range, sobered.

“I warned you,” she replied, her voice steady but low. “The second stab will be serious. Stand aside.”

He stepped into the gutter, biting his lips and straining his uninjured hand over the hurting throb in his wrist. The hat-pin as a weapon of defense he had hitherto accepted as reporters’ yarns. He was now thoroughly convinced of the truth. He had had wide experience with women. His advantage had always been in the fact that the general run of them will submit to insult rather than create a scene. This dark-eyed Judith was distinctly an exception to the rule. Gad! She might have missed his wrist and jabbed him in the throat. He swore, and walked off down the street.

Elsa set a pace which Martha, with her wabbling knees, found difficult to maintain.

“You can’t kill that kind of a snake with a hat-pin; you have to stamp on its head. But I rather believe it will be some time before Mr. Craig will again make the mistake of insulting a woman because she appears to be defenseless.” Elsa’s chin was in the air. The choking sensation in her throat began to subside. “The deadly hat-pin; can’t you see the story in the newspapers? Well, I for one am not afraid to use it.”

Perhaps less frequently than in popular fiction, but still present in newspaper articles and medical journals of the time, we find reports of women wounding male attackers via well-placed jabs with their hatpins. For example, according to a story in the New York Times of January 10, 1898, a Miss Sadie Hawkins assisted a Chicago tram-car conductor named Symington in fending off two determined would-be robbers by stabbing them both repeatedly in the arms and legs with her hatpin, causing the aggressors so much grief that they jumped off the moving tram to escape the onslaught.

Hatpins were also apparently among the covert weapons used by Suffragettes in their struggles against the London bobbies, augmenting their judicious use of Indian clubs and jiujitsu.

Unfortunately there is a paucity of technical instruction on the hatpin as a weapon. The picture emerges, though, of a two-phase counter-strategy against over-confident ruffians who seized their intended victims by the shoulders or arms. First, the defender would feign shock and indignation, her hand flying up apparently to steady her enormous hat, but in reality to pluck out a hatpin. Then, in one movement, she would jab the weapon forcefully into the offending hand or wrist; Mr. MacGrath was not the only writer to compare the resulting pain to “the sting of a hornet”. This might well suffice to discourage any further offence. If not, the consensus on following-up was to stab the assailant in the face or, if more conveniently accessible, “the place where it hurts the most”.

Hatpin tactics are illustrated in these photographs excerpted from a 1904 self defence article that was featured in the San Francisco Sunday Call newspaper:

“When attacked from behind, she grasps a hatpin. Turning quickly, she is able to strike a fatal blow in the face.”

… and described in the risque music hall ballad, Never Go Walking Out Without Your Hat Pin:

My Granny was a very shrewd old lady,
The smartest woman that I ever met.
She used to say, “Now listen to me, Sadie,
There’s one thing that you never must forget.”

My Granny said men never could be trusted.
No matter how refined they might appear.
She said that many maidens’ hearts got busted
Because men never had but one idea.

I’ve heard that Grandpa really was a mess,
So Grandma knew whereof she spoke, I guess.

Never go walking out without your hat pin.
Not even to some very classy joints.
For when a fellow sees you’ve got a hat pin
He’s very much more apt to get the point.

My Mama, too, set quite a bad example.
She never heeded Grandmama’s advice.
She found that if you give a man a sample,
The sample somehow never does suffice.

In fact, it’s rumored I might not have been
If Mum had not gone out without her pin.

You may come home without your you-know-what!