The stories of the Suffragette Amazons were all but forgotten throughout most of the 20th century, but the Women’s Liberation movement of the 1960s and ’70s sparked a revival of interest in their “secret history”. Notable amongst these were Antonia Raeburn’s The Militant Suffragettes (1973), the BBC TV mini-series Shoulder to Shoulder (1974) and Midge Mackenzie’s companion volume Shoulder to Shoulder: The Stirring History of the Militant Suffragettes (1975).

The advent of the Internet has seen an increasing number of Suffragette Amazon-related media projects, from books and websites to documentaries and graphic novels.

The following is a summary of media that deal specifically with the Amazons, or in which their principals play key roles:

Writer/director Noel Burch directs The Year of the Bodyguard, a docudrama for Britain’s Channel 4 that deals with the social history and lore of Mrs. Pankhurst’s Amazons. Unfortunately, it has never been released on DVD and modern screenings are extremely rare. We are, however, pleased to be able to present this interview with Mr. Burch in which he reminisces about the production, together with this detailed, illustrated summary of the docudrama itself.

In this scene from The Year of the Bodyguard, a group of Suffragettes escaping from the police after a window-smashing protest take refuge inside Edith Garrud’s jujitsu school.  The scene is closely based on an anecdotal account of real-life events, as reported decades after the fact by Edith Garrud herself:

Gretchen Wilson’s With All Her Might (1998) is a biography of her great-aunt, Gertrude Harding, who was one of the principal organisers of the Suffragette Bodyguard society. 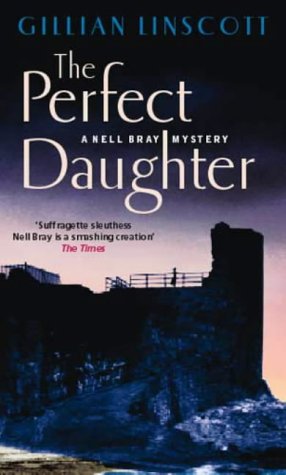 Tony and Kathrynne Wolf publish Edith Garrud – the Suffragette who knew Jujutsu to introduce the story of the Amazons to younger readers.

The documentary Bartitsu: The Lost Martial Art of Sherlock Holmes, co-produced and co-directed by Tony Wolf and featuring an interview with Emelyne Godfrey showcases the Jujitsuffragettes and features a re-enactment of their combat training.

The play The Hooligan and the Lady, a dramatised biography of feminist jiujitsu pioneer Florence “Flossie” Le Mar, was a hit at the 2011 New Zealand Fringe Festival. 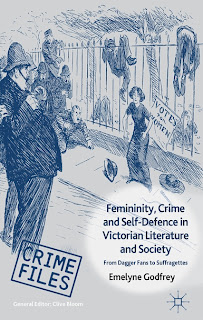 Emelyne Godfrey’s book Femininity, Crime and Self-Defence in Victorian Literature and Society: From Dagger-Fans to Suffragettes devotes a full chapter to the Bodyguard, Edith Garrud and Edwardian jiujitsu.

Anne Bertram’s play The Good Fight, performed by Theatre Unbound, explores the social and political pressures that led the WSPU to create the Bodyguard team.

The BBC documentary Everybody Was Kung-fu Fighting: A History of the Martial Arts in Great Britain (2013) showcases the Suffragette Amazons, featuring an excerpt from The Year of the Bodyguard and interviews with Emelyne Godfrey and Tony Wolf.

Icon Films produces this mini-documentary on the life and times of jujitsuffragette trainer Edith Garrud, hosted by Honor Blackman and featuring an interview with Emelyne Godfrey. 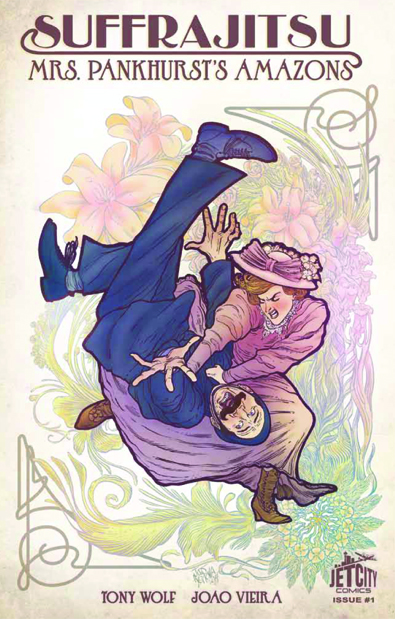