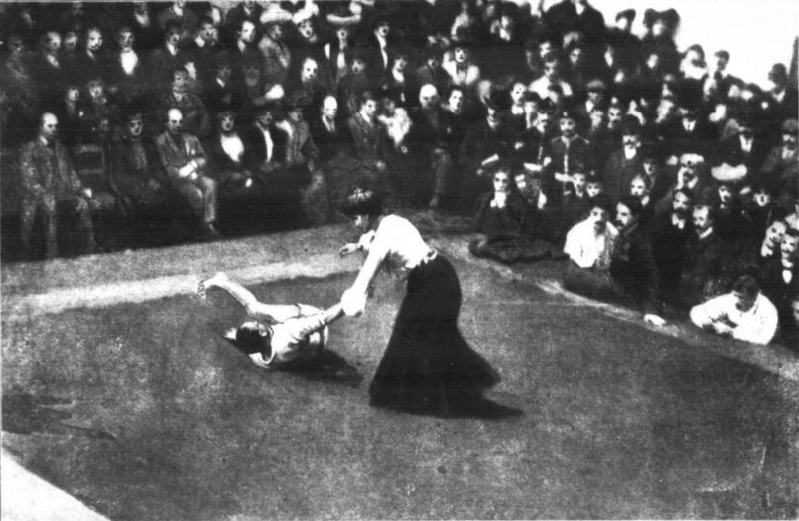 Ju-jitsu or the Japanese scientific wrestling, now being taught by a Japanese professor, Professor Uyenishi, of Seibouhan, Japan, to the Aldershot Gymnastic Staff, formed, perhaps, the greatest attraction at the annual gathering of the public schools at Aldershot on Friday last. The wrestling display was given after the boxing championships at the Gymnasium, Queen’s Avenue. One of the professor’s lady pupils from London more than once triumphantly floored her male opponent. Those who witnessed the exhibition came away with the conviction that the Japanese system of training wrestlers will long hold the field against all comers. Our photograph is by Charles Knight, Aldershot.